What to Do When Looking to Transition Off Sage 100 Sage 100 has been on the forefront of accounting software for over three decades. But the unfortunate truth is that Sage Group is coming out of one of its most brutal years to date. For years Sage has worn their perceived “boring” company label as a badge of honor. Until recently they were one of two firms on the London Stock Market that achieved 10 years of uninterrupted earnings per share growth. A slow start in January 2018 coupled with a profit warning mere months later have spelled the beginning of the end for the once dominant Sage 100.

Reasons for the Decline

It took many years for the decline to really manifest, but longtime users of Sage probably could have seen the writing on the wall.  Sage took the plunge into cloud-based software relatively late in 2016 with Sage Live (now called Sage Business Cloud Financials), and, like relative newcomer QuickBooks Online, Sage Live did not have nearly the feature library as did its on-premise brethren.  It was simply a case of too little, too late.  Sage’s bread and butter was and still is this on-premise software, and once the last users migrate away, Sage won’t have much to show for their efforts over the years.

The decline of Sage likely has many long-term Sage users wondering: now what? Fortunately, Zoho Corporation entered the cloud-based software game years before Sage did, all the way back in 2005 (with a rival to the Microsoft Office Suite; Zoho CRM was launched in 2006).  For that reason, Zoho has had much more time to build out their list of features, expand their applications, and offer a piece of software that can hold its own against many other cloud-based – and even on-premise – accounting systems.  Zoho Books, Zoho’s accounting system, offers a host of great features to meet your basic and advanced accounting needs. The following is a road map to help you know your options when looking to transition off Sage 100 and onto something a bit more modern.

Zoho Books has multiple significant advantages over its Sage 100 competitor (which we discussed in our Zoho Books vs Sage 100 comparison). The Zoho accounting software is easy-to-use, inexpensive, and cloud-based. Though it may not be capable of handling Payroll in all US states just yet, Gusto is a viable option. Moreover, the built-in API makes Gusto an alternative we can integrate with. (Currently Zoho only handles Payroll processing in California, Texas, and Indiana).

What’s more, Zoho offers greater mobility, with a corresponding mobile app for each of its applications, including Zoho Books. Zoho Books can also handle multiple currencies, a feature that Sage 100 lacks, at least without the help of an expensive upgrade. Plus, perhaps the most significant benefit of the Zoho suite of applications is its inexpensive nature, especially in comparison to Sage 100. The bottom line is that with Zoho you get the valuable combination of saving money and gaining functionality. It’s a win-win that is hard to beat!

Seasoned users of Sage 100 know that it can handle Work Orders and Material Resource Planning (MRP), while Zoho cannot. But what they may not know is that we at ZBrains offer Zoho ERP software that can do both of those things. This means you can manage them via Zoho without breaking a sweat.

Ultimately, Zoho has a full arsenal of applications to help in your transition from Sage 100, whether you choose to do so now or later. (Learn more about what others are saying about Sage 100 here) 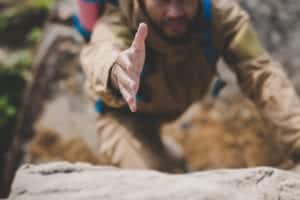 Zoho Books, Zoho Inventory, and Zoho Creator all provide the same functionality lost when switching off Sage, at a fraction of the price.

Still not convinced? Contact our Zoho consulting team to learn more and discover all of the top notch functionality of Zoho, in an effort to land on the answer to the eternal question: What can Zoho do for you?